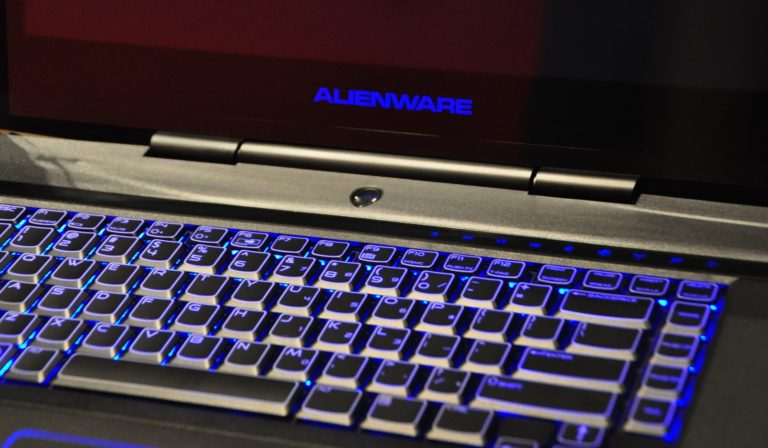 It doesn’t matter what profession you decide to pursue you’ll need the right equipment to get the job done. For esports athletes who want to focus on playing League of Legends or Dota 2 this means purchasing a gaming PC or rig.

Gaming PCs have a lot of different components and are very customizable. Here are our suggestions to build a great rig that will help launch your esports career.

You won’t be able to compete in esports if you can’t see what you’re playing. Having a high-resolution monitor that can handle the intense weight of these games graphics is absolutely needed.

League of Legends and Dota 2 involve a lot of moving parts and quick graphical changes. You can’t afford to miss any of the action because of a lag in your screen.

From what we have read the monitor we’d recommend is the Asus ROG Swift PG279Q.

It’s a highly respected monitor for those wanting to take their professional esports career to the next level.

This monitor is part of Asus’ Republic of Gamers series meaning they are paying extra attention to how these handle in esports settings.

Hold on because we’re about to get a little technical.

It’s able to handle any game currently on the esports scene thanks to its 165Hz refresh rate and 1440p resolution.

Meaning you never have to worry about performance while competing in online tournaments!

It’s 27’ inch screen is perfect for seeing every angle of a match without being overwhelming.

Lastly, it’s incredibly sleek and easy on the eyes. Asus spent considerable resources making sure it didn’t look like your typical black monitor but had personality.

If you’re looking for a negative the only one I found was its limited ports for connectivity.

There’s an HDMI 1.4a, DisplayPort 1.2a, and it does come with G-sync. Typically this is enough but some gamers like more options.

When building your rig the actual PC itself will easily be your most expensive purchase.

There’s a ton of companies building great computers that all have their strengths and weaknesses.

When deciding on which PC to recommend we went with brand familiarity, customizable options, and the ease to simply boot it up and play.

The PC we kept seeing meet these requirements was the Alienware Aurora R7 Gaming Desktop Computer i7-8700.

Alienware has partnered with Dell to design this beast of a machine. Meeting our requirement of having brand recognition.

Alienware has a longstanding relationship in the esports industry for designing great PCs.

The Aurora R7 has all the necessary specs required to run any esports game!

Gamers all like being able to customize their PCs and the Aurora R7 makes that very easy. It’s easy to change and upgrade any component.

Plus because it’s an Alienware PC you can change the light up logo display to whatever color you’d like.

If you’re just ready to play and don’t want to mess with any customization and setup than here’s your machine.

After spending so much money on a monitor and PC you might be inclined to go cheap on a mouse.

I would highly encourage you to avoid that temptation. Having a top of the line mouse can really set your career on a good path.

Since so many esports matches are determined by microsecond decisions you’ll want a mouse that responds quickly to your reflexes.

The mouse we recommend is the Logitech G Pro Wireless Gaming Mouse.

There are a lot of very fancy and high tech mouses on the esports market. We ended up choosing a sleek and lightweight option.

The G Pro mouse doesn’t come with any additional fluff and is designed to be fast.

It’s the lightest mouse on the market which is both good and bad depending on your preference. I prefer something easy to use!

The wireless functionality is flawless and it’s built to be ambidextrous! Which makes it perfect for my lefthanded brother.

I found comfort in knowing the G Pro is simple to use, very lightweight and is designed with professional gamers in mind.

I know what many of you are probably thinking…I need to purchase an official esports mousepad?

Believe me, I had the same thought. I wanted to simply use a fun mousepad with a dog or something on it.

After doing some research though I saw the advantage of having a mouse pad designed specifically for esports.

The BenQ ZOWIE G-SR Large Mouse Pad is a highly functional mouse pad for all gamers.

I appreciated knowing that Zowie doesn’t add any unnecessary fluff to their products. It’s all about improving performance.

We’re recommending the Zowie G-SR because of its size (it’s just big enough for gamers), smooth feel (you’ll be able to perform all your swift actions), and because it doesn’t slide (you’ll never have to worry about it shifting while you’re competing).

I wanted a mouse pad I didn’t have to worry about and would allow me to just play.

As someone who spends a lot of time at a computer, I appreciate a quality keyboard.

Esports athletes need keyboards that will last, respond quickly, and can be easily moved.

This is why we’re recommending the Logitech G Pro Mechanical Gaming Keyboard.

Yes, we decided to stick to the Logitech brand. Again I appreciate the brand familiarity.

One thing that immediately stands out about the G Pro Mechanical is they have eliminated the entire number pad on the right side.

Thanks to the growth of esports companies are realizing these numbers aren’t being used by gamers. So Logitech simply removed them.

The G Pro Mechanical is small in design making it easy to transport to tournaments and team practices.

It comes with a handy ‘gamer mode’ meaning you can turn off the Alt, Tab, and Window keys. The last thing you want is to lose your game because you hit the wrong key.

The keys are quiet and are built to last. Which is important because gamers are known to really put their equipment through the wringer.

Logitech also claims the keys “have a response time that is “up to” 10ms faster than the competition”.

Plus it’s super colorful and fun to look at!

This is it…we’re down to the last item to get your rig ready for competition.

If you’ve ever seen a Twitch feed of esports athletes you probably noticed they all have headsets on.

Headsets are a necessity for gamers competing in League of Legends, Dota 2, and Counter-Strike: Global Offensive.

You’ll need to communicate and hear your teammates.

HyperX is a mainstay company in the esports world. They sponsor a number of popular esports stars including PokeMaine.

I appreciated this product because it was under $100. Setting up a rig can be so expensive it was nice to find a quality headset for under budget.

Having these headsets over your ears for hours on end means you need to be comfortable. This is where the Cloud II is at it’s best.

They’re incredibly comfortable and stylish meaning you won’t have to take constant breaks to take them off.

There’s no additional software to download to run them so plug them in and play.

It comes with 7.1 surround sound so you’ll feel immersed in the game.

The only complaint I found was that the bass was a little lacking. If you can live with that drawback then you should feel comfortable with the Cloud II.

Setting up an esports ready rig isn’t a cheap undertaking. There are many different components to purchase.

Thankfully once you buy everything you’ll be set for years! All this gear is meant to last and go with you until you decide to hang up your keyboard.