To this day my brother, his wife, my wife, and myself all have student debt from college. It would have been really nice to know there were opportunities for scholarships using esports.

Can you get an esports college scholarship? Many major universities are offering scholarships for partial and full rides to esports athletes. With the right training, knowledge, and opportunity anyone can obtain these scholarships.

As you know, we are writing this website for both our parents and our sister. It’s really nice having this information to encourage our sister and calm any doubt in our parent’s minds. This is just further proof that the world is beginning to take esports more seriously.

PlayVs: What is it? 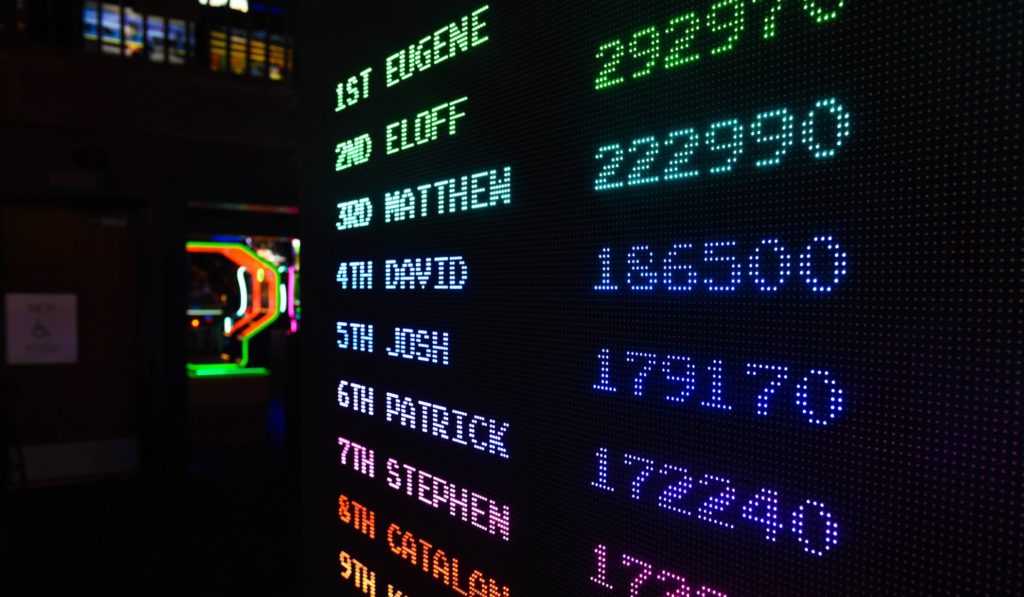 It makes me kind of nauseous to type it, but I actually graduated from high school 10 years ago this year.

Yes, that wasn’t that long ago, but back then these esports scholarships weren’t available for graduating seniors.

Today many high schoolers have access to these fantastic scholarships that can give them an excellent education and affect their whole future.

If esports can get them in a university and potentially a free ride, then you or your child should absolutely be pursuing esports.

Now that you know there are scholarships available I’m sure many of you are wondering, how in the world do we actually get one of these scholarships?

Some powerful people in the country are trying to make it easier for esports athletes to gain access to scholarships. So they created the company PlayVs.

DID YOU KNOW?
Entertainment icon Sean ‘Diddy’ Combs was a major investor in PlayVs.

PlayVs is an organization that’s trying to get varsity and club level esports teams into every primary high school across the country.

How are they Helping?

They want to make esports teams as common as high school football and baseball teams.

These teams are a great way to train for esports competitions, gain notoriety, build friendships, and you get knowledge about the scholarships available.

PlayVs coaches provide a lot of resources for parents and students so they can take full advantage of every opportunity.

Having access to esports coaches is something that is very desirable for young gamers. Gamers might be able to pick up some tricks from streaming videos and their friends but coaches take their training to another level.

CHECK IT OUT
Do I Seriously Need To Hire A Gaming Coach?

I think having these teams isn’t only great for the gamers but also for the schools. It brings a fun team to cheer as they travel the state competing.

Unfortunately, PlayVs is not in every state at the moment… but they are desperately trying to get into as many schools as possible.

Hopefully, your kid’s high school has access to a PlayVs team so they can start competing and hopefully gain access to a scholarship. 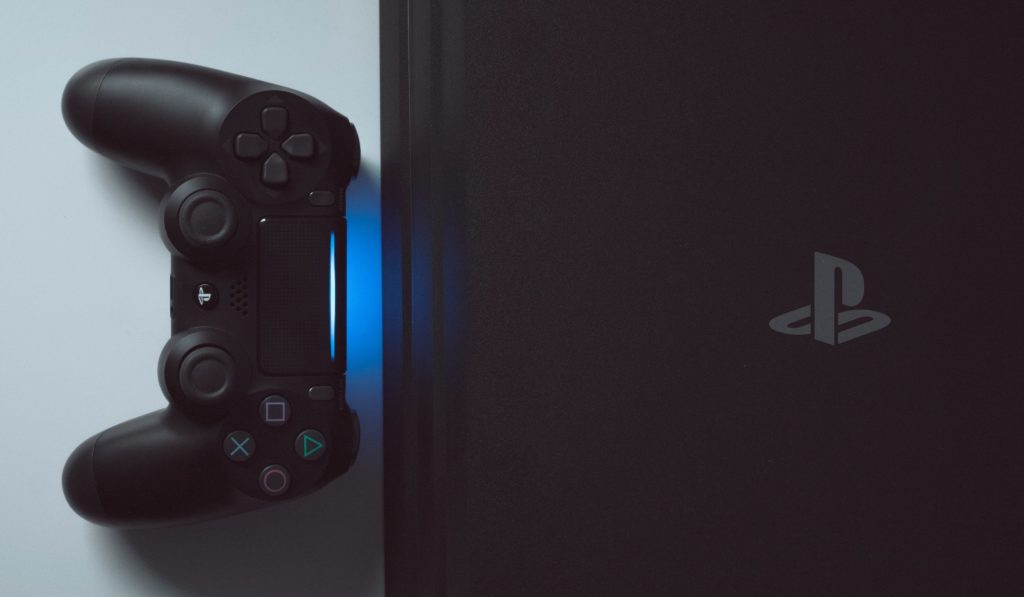 I’m sure after reading the first part of this blog many of you jumped on Google to research if there’s a PlayVs at yours or your child’s high school.

If there isn’t a PlayVs at your high school, please don’t be discouraged and think that is the only way for your child to gain access to an esports scholarship.

There are other ways and avenues you can take to get the attention of significant universities offering the scholarships.

One of the most common ways is to enter amateur competitions.

There are a variety of amateur esports tournaments around the country using just about every video game. You may have to do some traveling, but it’s an excellent way for young gamers to start building a reputation.

It’s no different than competing in a traveling baseball or basketball team.

Just compete and record yourself competing to start building a recruitment video to send out to universities.

Another way that esports athletes are getting their name out there is by using trendy streaming service Twitch.

As we’ve discussed before Twitch gives gamers the opportunity to stream themselves as they play games and compete against others.

If you can gain a sizable following, it’s possible recruiters from universities may see your content.

Plus you can start earning some money by being paid to be a streamer.

CHECK IT OUT
Twitch has an affiliate program that pays gamers to broadcast their content.

When universities are willing to stake thousands of dollars on the line for these esports athletes, it becomes very serious.

It takes a lot of time and effort to get to the point when universities start paying attention to you and your stream.

I’m sure by the time my own kids are looking into universities these scholarships will be more common.

So now that you understand what your child needs to do to get noticed by universities, I think it’s essential to know how esports scholarships actually work.

If you even have a casual understanding of collegiate sports, I’m sure you are well aware of the NCAA.

The NCAA is designed to help all universities stay within proper guidelines and support their student-athletes.

While any university that is offering scholarships for esports is governed by a different organization called the National Association Of Collegiate Esports (NACE).

Since collegiate esports is such a new phenomenon and is still being developed the NACE was designed to make sure everyone was following proper protocols.

I appreciated knowing that there is an organization making sure everything is up to code.

We all know that sometimes shady things can happen when athletes and universities start working together.

CHECK IT OUT
Here’s a list provided by the NACE showing every univeristy competing in esports.

Today there are 96 college and universities currently offering partial or full ride scholarships for esports on the varsity level.

Beyond that, there are around 279 schools that have club level, esports teams.

Right now most of the 96 universities are offering partial scholarships; meaning the money can range from $500 to $8,000 per year.

That might not sound like much, but to me who still has student debt I would have done anything to get any additional help.

But this is only the beginning as more and more schools are beginning to start esports teams the money is just going to increase to get more players to sign on.

What do you think is the most watched sporting event in the world?

I’m sure many of you immediately thought of the Super Bowl, in reality, the most watched sporting event this past year was the League of Legends World Championship. It brought in over 200 million viewers worldwide.

The most popular games being played on the collegiate level are surprise, surprise League of Legends and Overwatch.

They still remain the most popular games on the professional scale, so it’s not surprising to see their popularity continue in college.

I saw a study on Wired that said around 51% of collegiate esports athletes actually believe they can have a career in professional gaming.

It’s great to have these dreams, but it should also be encouraging that these gamers are at very prestigious universities getting degrees that can take them beyond gaming or maybe achieve a career in gaming.

Large corporations and professional recruiters are beginning to pay attention to these collegiate teams.

League of Legends developer Riot Games announced at the beginning of 2018 that they were creating $50,000 worth in scholarships for students attending Big Ten universities.

Riot Games wouldn’t create this many scholarships if they didn’t see the value in these athletes. Not only as professional gamers but also as future employees wanting a career in game development.

I love the fact that more and more opportunities are created for continued education.

This whole post is just another example that people may want to ignore esports but you can’t, it’s genuinely not going anywhere.

Should I be concerned about my child wasting their education playing video games? No, the universities that are offering substantial scholarships aren’t going to let their new athletes spend their entire time playing video games. They are still required to attend classes and pursue their education. Most major universities even put a GPA requirement on the scholarships to make sure that the athletes are doing what they’re supposed to do.

The link above is an affiliate link to FREE training

Do You Want to Learn Esports?

* By signing up, you agree to our terms of service and privacy policy; and you will receive information from Ready Esports from which you can opt out at any time.