This blog could be one of the more sensitive topics on Ready eSports. As someone with a past in gaming, I took this topic very seriously and tried to bring in perspectives from both sides of the argument.

Does online gaming impact our kid’s social skills? There is a lot of research being done that says video games can both enhance and hurt our social skills. It really comes down to the individual gamer’s personality and their motivation for playing.

I don’t want you to think that my answer is in any way a cop-out dealing with this topic. Merely the fact that there’s been both good and bad that’s come from video games. Thankfully I’ve been on the positive side, but it’s important to be educated either way.

The Positive Impact on Social Skills

In this post, I’ll be covering both sides of the argument, but because of my personal experiences, I decided to write about the benefits of gaming on social skills first.

As you’ve read in some of my previous blogs, I grew up with a brother, and we both played video games together. It helped us bond, and we had a lot of fun playing.

And according to a study conducted by an international team of researchers at Columbia University’s Mailman School of Public Health in New York, children who played a lot of video games were found to be 1.88 times more likely to have “high overall school competence.”

Kyle Jackson, one of the youngest professional esport gamers at 13 years old, told the BBC, “Currently, at school I’m doing very well in pretty much every subject so they’re not really worried about me playing as much as I do. I still have time to study [and] revise.” He’s also not allowed to play beyond 9 p.m.

I did, however, grow up in a different time though when video games were still relatively new and weren’t as easily accessible as they are now.

A recent study found that 88% of all teenagers have access to some sort of video game whether it’s on their computer, a video game console, or their cell phone. 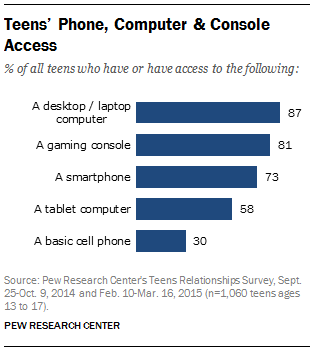 As such, it’s never been easier for kids and teenagers to have access to video games.

Knowing that so many kids have access to video games, the first benefit is they provide a common ground for kids to make friends.

When kids are looking to make friends they often look for common interests. And video games have become the most common interest among kids and teenagers.

The last thing you want as a kid is to feel disconnected from your peers not know what they’re talking about. This is why so many kids feel the pressure to get into gaming.

It helps stimulate conversation when they talk about gaming strategies, their favorite players, and who they’re going to compete against.

Not to get political, but video games act as a connector for every type of person who loves them.

As we’ve seen before; video games have a crossover appeal in society. Allowing for friendships to be forged in extraordinary situations.

A lot of kids deal with social anxiety and video games give them something to talk about when they meet a new friend.

I loved spending time with my friends playing video games after a hard day. I thought it was a great way to socialize and be together.

Not only are video games connecting people offline, but they also create connections while they’re playing online.

I’m fully aware of the dangers of online gaming and the people out there pretending to be something they’re not, but there are good people online hoping to forge friendships.

Solid friendships have been built thanks to video games like League of Legends and Overwatch.

Playing online gives kids the opportunity to connect with people all over the world.

As a parent, we do need to monitor the conversations our kids are having with the people they’re playing with.

Work on those Communications Skills

If you’ve seen your kids play video games, you’ll probably notice that they typically wear a headset and communicate with their friends while playing.

These conversations they’re having with their friends over headsets has been shown to enhance their communication skills.

They’re not talking trash but coming up with elaborate strategies to win in their individual games.

DID YOU KNOW:
In 2012, researchers at Iowa State University found that “prosocial games” encouraged players to co-operate and help each other and increased helpful behaviour.
– Guardian News & Media Limited

In high school, my brother and I both played American football and quickly learned the importance of communication. You can’t have a successful team without knowing how to talk to each other and communicate what’s happening.

These are the same principles being applied in League of Legends. Your child and their teammates are learning how best to communicate and respect each other.

Many professional gamers have even come out and admitted that their teammates are like family. When you spend 8 to 10 hours a day playing video games together, you can’t help but forge friendships.

The people and organizations responsible for these gaming teams understand the importance of friendship and will schedule team building activities outside of video games.

They know these gamers need to feel connected to each other so that they perform better in tournaments.

The desire to connect using video games has become so widespread that gamers are giving out their gaming tag instead of their own phone numbers.

It’s become the way to connect, build friendships, and grow together.

Like anything else it just has to be done in a healthy and respectful way.

With all the good in gaming, you have to talk about the bad.

The Negative Impact on Social Skills

Even though I personally never had problems with these adverse side effects of video games I knew it was out there and I believe it’s essential to address the concerns.

The most common concern is that video games will have the opposite social effect and force kids to feel more isolated and separated when they play.

By only doing a simple Google search you’ll find a variety of horror stories of kids being addicted and having severe social issues with gaming.

This is something that esports organizers, investors, and owners are fully aware of and are trying to address so their sport will continue to thrive.

Team managers and owners know they need parents on their sides to continue to groom new gamers to compete.

Addiction is a Serious Problem

The biggest concern when it comes to video games is there addictive nature. This addictive nature has led to family struggles, unhealthy habits, and loss of friendships.

DID YOU KNOW:
Studies show that 85% of college men are game players, and one in eight develops addiction patterns. In a college of 20,000 students, about 8,500 will be male gamers; 1 in 8 would mean that over 1,000 students are at risk. Research also demonstrates a correlation between gaming and lower GPA as well as drug and alcohol violations during the first year of college.
– Psychology Today

It’s really not uncommon to see kids have these issues. This is why it’s so important that we help our kids understand and build healthy video game habits.

Some kids may even feel like they can only connect over video games; and will not know how to socialize appropriately. Or they’ll become so addicted to video games that they lose contact with their friends.

In the article by Psychology Today, it talks about a mom and her concern for her son as he went off to college. Once he got out from under her roof, his video game addiction got worse, and it was hard for him to bounce back.

According to Parenting expert and author Maggie Dent, signs to look out for that your child might be addicted to gaming include:

Kids can become so addicted to video games that they stop taking proper care of themselves physically. They lose sleep and began to eat unhealthy which can cause extra anxiety and stress.

Anxiety Can be a Byproduct

Another common struggle is with anxiety. When gamers keep losing match after match, it can become very frustrating and cause anger and anxiety.

I talked about having positives and supportive friends who play video games, but there’s also a negative side.

By surrounding yourself with the wrong types of gamers, you can get sucked into playing video games non-stop without having that healthy balance of stopping and bonding over other activities.

These are some scary side effects of poor gaming habits. And gamers need to surround themselves with people who care and who will keep an eye on things and step in if necessary.

Thankfully, there’s a lot of brilliant people out there…. smarter than me. That have healthy tips for parents with gaming teenagers.

5-Steps to a Healthy Gamer

It’s very common to feel extra pressure and stress when discussing video game habits. Thankfully a lot of these following tips have been shown to have a significant impact on young gamers lives.

#1 Observe your child and record how they conduct themselves while playing and not playing.

If they begin to display unhealthy living habits, a lack of communication, and falling grades you’ll know that it’s time for a conversation.

A conversation really is a great place to begin. I fully understand that it’ll be awkward but being a parent is kind of awkward. It’s part of the job.

#2 Build open lines of communication with your child, so you’re not only presenting your side of the argument, but you’re listening to their side.

Show them you respect their desire to play video games, but there needs to be a change.

Every child will respond differently to these conversations, and you’ll need to set the boundaries that work best for your family.

#3 Try making it a rule that all video game systems must be played in the open in a common family room.

This is not easy. It means letting your son/daughter have the TV for the evening. Do it…and trust me it will be worth the sacrifice.

Even professional eSports teams come up with activities for their athletes outside of video games.

#5 Simply ask your child what the reason is for wanting to play.

Everyone has motivations and goals for wanting to play. Knowing their goal will help you set healthy boundaries.

There are both positives and negatives to playing video games. Having the right education, knowing what to look for, and how to help your child are the beginning steps to make video games more positive than negative.

CHECK OUT:
Rules For Gaming For Teenage Boys, The Huffington Post Australia

Get creative and know what works best for your child. Start by getting involved!

The link above is an affiliate link to FREE training

Do You Want to Learn Esports?

* By signing up, you agree to our terms of service and privacy policy; and you will receive information from Ready Esports from which you can opt out at any time.