How Expensive is it to Play Esports: Part 2 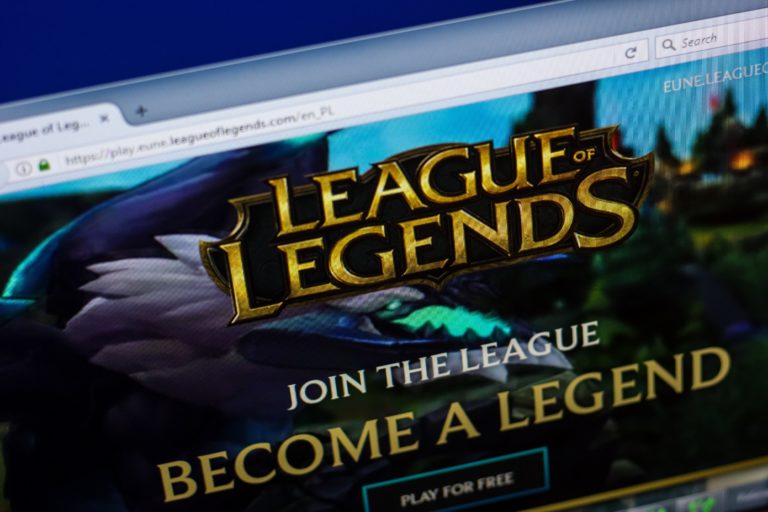 Welcome to part 2 of our blog series covering the cost to play esports. In this post, we’re going to look about the games that’ll determine your professional esports career.

How expensive is it to play esports? While some games are free to play others may cost as much as $50. In-game purchases are almost a must and will start at a few dollars and add up from there. Esports tournament fees can run anywhere from $5 to $300.

Before researching this topic, I didn’t understand how different the price structure can be for esports games. You need to understand the pricing before diving too deep into an esports career.

While I thought I had a good understanding of the cost of video games; it turns out it’s a bit more complicated.

To understand the pricing breakdown let’s take a look at the price for one of the most popular esports games.

If you’ve read any of our previous blogs, you know how popular League of Legends is around the world. It’s the most played game in the world!

New gamers are signing up to play every single day.

If you’re new to gaming, League of Legends and Dota 2 function differently compared to Call of Duty.

League of Legends is a PC-only game that is meant to be played on a team with friends. The point of the game is to choose a “champion” and work with your team to defeat your opponent.

It’s classified as a multiplayer online battle arena (MOBA) game. There are a variety of MOBA games used in esports, and most of them function the same way regarding pricing structure.

Growing up in the ’90s; MOBA games were not a reality. The only way to play video games with your friends was to gather around a TV.

DID YOU KNOW?
Aeon of Strife was the very first MOBA game in 1998.

The good news for you gamers and (parents of gamers)…League of Legends is free.

Yes… you heard me right League of Legends is free to play!

It’s a brilliant business decision by game developer Riot Games to make League of Legends free. They know the price point will hook a lot of aspiring gamers to give it a shot.

I will admit that I was tempted to download the game knowing that it’s free to create an account.

After reading our How Expensive is it to Play Esports: Part 1 about the cost to purchase the necessary equipment to compete in esports, I’m sure many of you are relieved to hear that League of Legends is free.

Even though it’s free to create an account, there’s a reason Riot Games is worth a billion dollars. It’s vital that you understand this next component of League of Legends.

Freemium Comes with a Price

League of Legends is free to play but to be considered one of the best in the world you will have to spend money.

To get access to the best “champions”, upgrades “runes,” and different skins for your champions you’ll have to spend money in the game.

If you want to compete with the best esports players in the world, it’s going to cost you.

Understanding how the pricing structure works in League of Legends is a little different and took me a second to fully grasp.

To make purchases within League of Legends you spend money to obtain Riot Points. (Get it because the game is developed by Riot Games)

It typically costs $5 for 650 Riot points. Riot Points are then used to purchase champions, upgrades, and skins.

The cost to purchase champions and skins ranges anywhere from 1,300 Riot Points and up.

This type of video game is commonly referred to as a “freemium”; meaning that it’s free to play but you will have to pay for the best items.

League of Legends is not alone in doing business this way. Almost every MOBA game functions this way.

The three most popular esports games League of Legends, Counter-Strike: Global Offensive, and Dota 2 all function on this pricing scale.

A few years ago it was reported that these in-app purchases were valued at $7 to $8 billion dollars a year.

With League of Legends making $1 billion from these in-app purchases.

The only way to get around spending money while playing League of Legends is to build up Influence Points.

If your goal is to be a competitive gamer, it might make more sense to spend money on Riot Points rather than waiting to accumulate the needed Influence Points.

Games using this pricing structure have gotten a bad reputation because it can discourage new gamers from wanting to play.

If gamers don’t have access to funds to buy the right characters and upgrades, they can be quickly beaten or get frustrated waiting to build up Influence Points.

If this type of video game doesn’t sound appealing to you, there are other types of esports video games that don’t use the freemium system.

I found it interesting that console esports games don’t use the freemium system.

Games like Overwatch, Call of Duty, FIFA, and Halo all require you to pay for the game up front and then have the option to buy upgrades.

Typically console games cost around $30 or $40.

Even though there is an upfront cost to these games the need to buy additional content and upgrades isn’t as needed.

Most of the content and features needed to compete in tournaments using these games will be available to players once they purchase the game.

Both MOBA/Freemium and traditional games have their strengths and drawbacks.

Try both types and see which one you prefer.

One of the last expenses you’ll have to cover when pursuing your esports dream is the entrance fee for tournaments.

Most major esports leagues will have an entrance fee to compete.

The entrance fee will vary in price depending on the game being played, prize winnings, and the venue.

DID YOU KNOW?
The entrance fee for an upcoming online Call of Duty tournament is $300.

The price to enter will also change depending on whether you’re competing in person or online only.

If you want to become an esports player, it’s necessary to enter these amateur tournaments and compete against players in one-on-one matches to build your reputation.

You’ll need to create a Major League Gaming account to compete in some online tournaments.

The Major League Gaming will host online and in-person tournaments for just about every game. Including Overwatch, League of Legends, and Gears of War.

To enter their online tournaments, you’ll need to purchase credits from their website. 10 credits are $7.50, or you can buy 100 credits for $75.

The number of credits to enter a tournament varies depending on the game being played.

You can find other amateur leagues for games like League of Legends and Dota 2.

A lot of pro circuit esports leagues will hold tournaments that are open to the public.

Amateur leagues are great, and there’s plenty of opportunities to earn prize money or get noticed by a professional esports team.

Sometimes it can be helpful to attend tournaments in person as a spectator first.

This will give the opportunity to scope out the competition and get a feeling for the environment.

DID YOU KNOW?
This year’s Intel Extreme Masters Katowice esports tournament was attended by 174,000 fans.

Tickets for a Dota 2 tournament in Seattle can range from $90 to $490 depending on if you want VIP access.

The price point to enter these tournaments might appear daunting at first, but hopefully, you start winning enough tournaments that you can use your winnings to pay for the next one.

CHECK IT OUT
How Expensive is it to Play Esports: Part 1

What’s the advantage of joining a professional team? The most significant benefit is no longer having to pay for entrance fees by yourself. Your team sponsors will pay for it. Which allows you access to the more popular tournaments which can cost thousands of dollars to enter.