What is Esports (Besides a Billion Dollar Industry)? 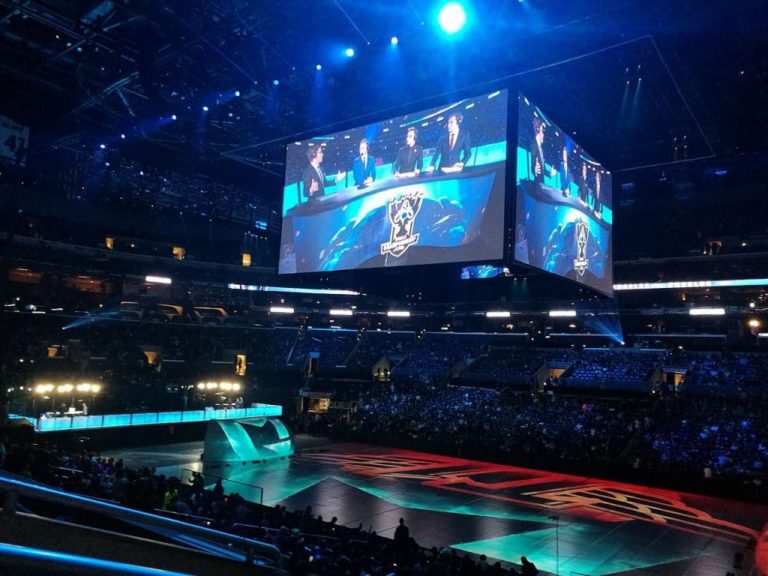 If I asked you to define esports; what would you say? As a millennial; I thought I knew, but after diving deeper into the industry I realized I was barely scratching the surface.

What is esports? Esports is where teams from around the world compete using electronic games in tournament style matches. Esports is a billion dollar industry quickly gaining traction with over 200 million fans. Arenas have even been built dedicated to esports tournaments.

To limit esports to this paragraph alone would be an understatement. I understand there’s a lot of verbiages you might not be familiar, but we can figure it out together!

What is Esports Tournaments?

Before understanding the various components of esports, we need to understand the heart of the sport.

Esports is a competition like any other sport. Only it’s primary median is playing video games.

Gamers (i.e. athletes) will compete in various tournaments around the world. With the largest viewing audiences coming from America, China, and South Korea.

Some of these tournaments are local; while some are global! It’s all determined by the video game and the organization hosting the event.

Official rules and regulations bind these tournaments; making them comparable to the NFL and NBA.

CHECK IT OUT
Read the League of Legends offical rulebook for an idea of how these tournaments are regulated.

In America, one of the larger governing organizations is Major League Gaming (MLG). The MLG does not operate all the tournaments.

You’ll see many makers of the video games themselves set up their own tournaments. Who better to monitor these competitions than the designers themselves.

Blizzard Entertainment created the video game Overwatch and is now managing every component of the Overwatch League.

The rules and regulations in these tournaments change depending on the game played.

Some tournaments are built around single player games (Street Fighter, Super Smash Bros, and Fortnite) while others are about working as a team with other players (League of Legends, Overwatch, and Counter-Strike: Global Offensive).

These competitions allow gamers to show the world that they are the best.

Growing up with a brother; my #1 goal when playing video games was simple…beat him! This competitive drive and desire are defining esports.

There’s no general archetype of an athlete competing. You’ll find people of different ages, nationalities, and genders. I believe this is one of the reasons esports is growing in popularity.

According to Statista, in 2018 the gender breakdown for gamers was 55% male and 45% female.

Every person feels like they have a chance to break into the big leagues!

The growth of esports has turned competitive gaming into a legitimate career. There is even talk of including esports in the Paris  2024 Olympics.

According to an article published by BBC in 2018, Olympic organizers are “deep in talks” about including esports as a demonstration sport at the Games, says the International esports Federation.

The top athletes have massive social media followings and company endorsements. Some of them even become international sensations. With their popularity growing beyond their home country.

Companies have even started sponsoring esports athletes and teams. Think of it like NASCAR. There’s even a site dedicated to the top-earning esports tournament athletes.

One of the largest team sponsors in esports is Razer. They sponsor teams that play almost every game and compete all over the world.

To best capture the passion these gamers have for their profession, let’s see how Razer describes esports.

“Beyond the packed stadiums, flashy buzzwords and million-dollar prizes, lies the real soul of Esports. It’s the discipline to train non-stop and develop the strategy and skills to bend your opponent to your will. It’s the camaraderie and bonds made between teammates, fans, and countrymen as you experience painful losses and the euphoria of victory. And most of all, it’s the never-ending drive and passion to keep competing and win.”

I got goosebumps after typing all of that! These gamers have the winning spirit of Michael Jordan.

What Games are Played in Esports?

What video games do you (or your kids) like to play? Many of the games all of us have played have become massive esports tournaments.

Seeing our favorite games played in tournaments has definitely contributed to the overall popularity of the sport. And since fans have played the games, a personal connection is made which drives passion for the sport.

You work with other players to build a small army and attack your competition. Teams are continually developing different attack and defense strategies with their teammates.

There are entire leagues explicitly designed for League of Legends. There are competitive leagues in North America, Berlin, China, South Korea, and many more countries.

At the end of the season, teams will compete in the League of Legends World Championships. The top prize at the LoL tournament is $1 million.

Other favorite tournament games include Counter-Strike: Global Offensive, Defense of the Ancients 2 (DOTA 2), and Overwatch.

Overwatch on the Rise

Overwatch is a team based first person shooter game and is trying to break away from the typical esports team concept.

Esports teams are usually composed of individuals all over the world and don’t necessarily interact with each other.

The Overwatch League is similar to standard sports leagues like the NBA or NFL.

Teams are based in cities all over the United States. The players all live in the same city, practice together, and travel together.

Two of the Overwatch teams are the Los Angeles Gladiators and the Houston Outlaws. These teams are just like any other professional team. They have both home and away tournaments.

This unique format has been received well! It’s easy for the general public to understand and fans have a team to cheer for.

Other esports leagues are waiting to see if they should adopt this same league concept.

CHECK IT OUT
Esports Calender for a complete schedule of tournaments.

What’s the Future of Esports?

Call it cliche, but the future of esports is limitless.

You better believe when a league starts bringing in close to a billion dollars annually; companies are paying attention.

Major companies are starting to want a piece of the esports pie. They’re sponsoring tournaments, players, teams, and even arenas.

While the streaming side of esports is rapidly growing; there is a large portion of fans wanting to see these tournaments in person.

Arenas are being built specifically with esports in mind. America, in particular, has many facilities dedicated solely to esports.

CHECK IT OUT
What is the Esports Arena? It’s Not What You Think It Is.

Along with a possible Olympic debut, the future of esports also includes collegiate teams. Colleges are even awarding scholarships for esports players.

I’m looking forward to seeing where esports goes from here. It’s only trending upwards. So, let’s enjoy the ride!!

Where can you watch esports tournaments? If not in person, your best option is viewing them on a streaming website. In addition to YouTube.com, Twitch.com has become a go-to source for eSports tournaments. Disney and ESPN also recently signed a multiyear deal to stream Overwatch League tournaments on their channel, Disney XD.

How much do pro gamers make? An exact answer here is difficult. In the same vein as other professional sports, the amount of money an athlete can make varies wildly. It depends on the game played if they’re a sponsored athlete, and their skill level. The top esports athlete in 2017 earned more than $2 million.